We are thrilled to announce that our first hybrid event will be in June 2021, and will be hosted in the beautiful island of Madeira, Portugal. Home to five-star hotels like The Savoy Palace, Belmond Reid’s Palace and The Cliff Bay (all of which are open for business), we believe Madeira to be the perfect destination to make our return to face-to-face.

For those unable to travel, don't worry. We are designing this event so if you can't attend in-person, you can join us remotely. More details to follow soon.

Did you know...⁣ • The Madeiran archipelago is located about 700km from Africa, 450km from the Canary Islands, 800km from the Azores & 900km from mainland Portugal (making it closer to Africa than to Europe!).⁣ • The first football game in Portugal was held on the island of Madeira. ⁣ • Madeira wine is practically eternal - even many years after it is bottled, its qualities remain virtually unchanged.⁣ • Madeira Island was awarded by Guinness World Records™ in 2006/07 for the largest fireworks show in the world.⁣ • Madeira was elected "World's Leading Island Destination" in 2015, 2016, 2017, 2018 & 2019, by the World Travel Awards.⁣ • Madeira has so far, had no deaths from Covid-19 & has one of the lowest infection rates recorded in Europe.⁣ 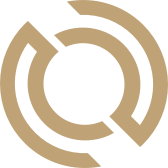